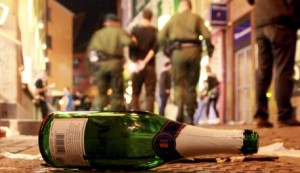 Everybody knows (or should) that you cannot drive a car while intoxicated. However, many people are surprised to find that Utah, like most states, places restrictions on where you can drink and how much.

Utah law prohibits you from consuming liquor in a public building, park, stadium, or on a public bus. Further, even if you drank elsewhere, you may not be intoxicated in a public place if you are a danger to yourself or another person, or if you are unreasonably disturbing others. Consuming or having an open container of alcohol in the passenger compartment of a motor vehicle is also prohibited. Additionally, as a general rule, you may not bring alcohol onto the premises of an establishment (e.g.: a restaurant) open to the general public if it is to be consumed on those premises.

There are some exceptions to these laws: