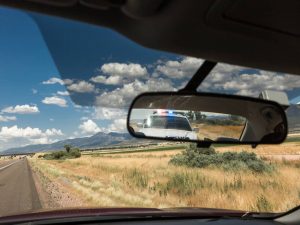 A misdemeanor lawyer Provo, UT residents, recommend shares that being charged with a crime, no matter how serious, can be disruptive to a person’s life. While misdemeanors typically carry less severe consequences than felony convictions, they are not something that should be taken lightly. A misdemeanor should not be ignored; if you have been charged with a misdemeanor, taking action with the assistance of Pacific Legal Group will be an essential step to take. Our firm offers experience in representing those accused of a crime and can step in and support, strategize and litigate in the most challenging situations. We know that when facing the consequences of a misdemeanor charge, you will have several questions, and our team can help to answer them.

What constitutes a misdemeanor in Utah?

If you’re facing a misdemeanor, you might feel a little panicked about what the legal system has in store for you – so don’t hesitate to get in touch with a misdemeanor lawyer in Provo, Utah. You might be familiar with them, and you may be aware of the possible punishments for a misdemeanor, but whatever your case, it pays to know the ins and outs of misdemeanors in Utah, and what to expect by having a qualified misdemeanor lawyer on your side.

Misdemeanors in Utah: At a Glance

Misdemeanors in Utah vary by severity. They are typically punishable by up to 364 days in jail, as well as fines up to $2500. Misdemeanors are broken up into different categories, ranging from relatively severe to relatively moderate. Repeated offenses may bump your case into a higher class, which may result in more severe punishments.

The Impact of a Misdemeanor

A misdemeanor can seriously affect your life, no matter what class and no matter the reason for your charges. The punishments are challenging enough to overcome, but there are other difficulties that may arise from being charged with a misdemeanor: You may find it more difficult to find work, and you might have a harder time finding a place to live. Fortunately, a misdemeanor lawyer in Provo, UT, can help you fight back against your misdemeanor.

A misdemeanor lawyer can provide all the information you need about your case, and can also provide pointers on how best to proceed with your misdemeanor. Unlike a public defender, a misdemeanor lawyer is more dedicated to helping you get your charges dropped or lessened, and at the Pacific Legal Group, we live up to that commitment.

Don’t hesitate to fight back against your charges – reach out to a qualified misdemeanor lawyer in Provo, UT, and get in touch with the Pacific Legal Group today.

What should I do if I am charged with a misdemeanor?

Our Provo, UT misdemeanor lawyer shares that a misdemeanor is severe and should be treated as such. Following a misdemeanor charge, one of the most critical steps that should be taken is to contact a lawyer with experience in criminal law. Criminal proceedings can be overwhelming and complicated, and no person should put themselves at risk for facing the consequences of a conviction that could have been otherwise mitigated.

Are the consequences for a misdemeanor minor?

When compared to more severe crimes, they may appear as such. While you won’t be handed down a prison sentence if convicted, you could still spend up to a year in jail. In all actuality, the consequences of a misdemeanor conviction can be incredibly impactful.

Will a misdemeanor show up on a background check?

While misdemeanors are a lesser crime than a felony, they will still show up on a background check. This can positively impact the rest of a person’s life in several ways. Criminal records are public, and anyone will be able to see whether you have been charged with a crime. It’s critical to take every step to reduce the risk of a conviction following a misdemeanor charge, which is why retaining a lawyer with experience should be the top priority.

How long does a misdemeanor remain on a criminal record?

Unfortunately, a misdemeanor will remain on a criminal record permanently. Meaning, any time an employer conducts a background check, the criminal conviction will show up. In many situations, this could impact a person’s ability to retain employment.

Pacific Legal Group is dedicated to helping our clients receive the representation they deserve when they need it the most. Our firm of skilled legal professionals has zealously represented our clients in the most complicated legal situations for over ten years. Why put yourself at risk for being handed down consequences that could have been otherwise mitigated? Provide yourself with every opportunity at the outcome you deserve. Contact our Provo, UT misdemeanor lawyer without hesitation.