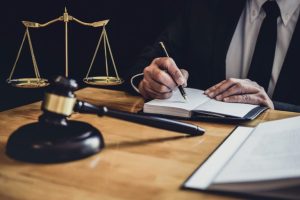 Sex crimes are perhaps the most severely sentenced throughout the country. Victims of sexual assault, rape, criminal sexual conduct, and the like almost always experience significant trauma, which can affect the rest of their lives. But what happens to those who are falsely accused of sex crimes? A sex crimes lawyer Utah residents rely on can help defend against these charges.

Is Defending Against a Misdemeanor Sex Crime Worth Time and Effort?

If you’ve been accused of a sex offense – whether that offense is classified as a felony or a misdemeanor – it is time to connect with a skilled sex crimes lawyer Utah residents trust. As the dedicated legal team at Pacific Legal Group can confirm, all too often, those who have been accused of criminal wrongdoing fail to take immediate steps to protect their rights because they have been charged with a so-called “lesser crime.” This is a mistake that you won’t want to make.

For example, a sex crime conviction could lead a family law judge to believe that you are no longer fit to act in your children’s best interests and your custody arrangements could be affected as a result. Anyone seeking to hire you for a job, who is in a position to make a decision about financing, housing, higher education, and even volunteer opportunities may stereotype you and limit your opportunities due to your criminal record.

As a result, avoiding a conviction for a misdemeanor sex offense is unquestionably worth your time and effort. A sex offense is not like a speeding ticket. People won’t laugh off the reality that you were once convicted of a sex crime. Acting immediately to protect your rights and legal options by speaking with an attorney is squarely in your best interests.

Hiring Someone to Protect Your Rights

The prospect of meeting with a Utah sex crimes lawyer can be an intimidating reality. Know that at the Pacific Legal Group, our attorneys are not here to judge you. It is our job to aggressively advocate on behalf of your rights while providing you with compassionate, respectful legal representation. We believe that every person who has been accused of criminal wrongdoing deserves to have legal representation that is skilled, knowledgeable, trustworthy, and dedicated. If you choose to work with a Utah sex crimes lawyer at our firm, you will benefit from the kind of representation that everyone deserves by the simple virtue of their humanity.

Know that when you have questions, we’ll answer them. We’ll also work proactively to ensure that you’re informed of developments in your case as it evolves. Our team believes in transparency and communication. When your future and your freedom are on the line, you deserve nothing less.

Sex crime laws are extensive and detailed, as befits such dangerous and destructive crimes. These crimes can be charged from a minor misdemeanor up to a serious felony. For example, a relatively minor crime such as public indecency is typically a minor misdemeanor, but multiple convictions will make it a serious felony. A misdemeanor is punishable by up to one year in jail and a fine of no more than $2,500, while a felony can carry a sentence of up to $25,000 in fines, plus one to three years in state prison.

Criminal sexual assault or aggravated criminal sexual abuse are both felonies, even though standard assault is usually a misdemeanor in most states – the sexual component is the difference that elevates these offenses to felonies, and many would argue justifiably so.

As a sex crimes lawyer Utah defendants trust from Pacific Legal Group can explain, the definition of sexual abuse will vary based on the jurisdiction, but this offense is often defined as any kind of non-consensual contact of a sexual nature. Actions such as molestation, improper touching, and forced sexual intercourse may be considered sexual abuse. Sexual battery is any kind of intentional hitting or touching of a sexual nature against a person’s will and entails the touching of someone in a sexual manner when the contact is not wanted or the victim cannot mentally or physically give consent. This offense includes offenses like folding, forced sexual intercourse, and molestation, and may be equivalent to rape in some states.

Child molestation is a sex offense crime that may include a range of indecent conduct involving a child, typically someone under the age of fourteen, however, different jurisdictions have interpretations of what molestation is. Usually, it is considered to be any sexual interaction between child and adult, as it is illegal for an adult to interact with a child in a lewd manner, even if the child initiated or agreed to the conduct. Consent is not a defense that can be used in court for offenses like these, since a child is not able to legally consent to sexual activity. It is illegal to distribute, produce, or possess pornographic material of minors (those under 18 years of age). A person accused of having child pornography may face federal or state charges for their crime.

Sex crimes are no exception to computers, and can include luring a minor, child pornography, or committing other offenses of a sexual nature on the internet. Sex crimes committed on the computer tend to be harshly prosecuted and can result in a state or federal prison sentence, fines, sex offender registration, probation, and other penalties. As a Utah sex crimes lawyer knows, being classified as someone who committed a sexual offense can cause the accused to have a damaged reputation, make it harder for them to obtain employment, find a place to live, and even be approved for certain loans.


Anyone that causes alarm or offense by intentionally exposing their breasts or genitalia in public may be charged with indecent exposure. Indecent exposure may be motivated by the intent to cause stimulation or shock in others, or for personal arousal. This includes exposing oneself while visiting another’s home, private property, or other area depending on the circumstances. An offense of this nature is deemed a sex crime, so the offender will have to register themselves as being convicted of this offense. The laws for indecent exposure do not apply to breastfeeding or where nudity is allowed (such as at places reserved for adult entertainment or nude beaches).

If you were accused of committing any of these sex crimes listed above, or something else, we suggest contacting our Utah lawyer sex crimes team from Pacific Legal Group immediately for counsel.

If You Are Accused

Being accused of a sex crime is no small matter. If one elects to take a plea or is found guilty, the punishments are severe in the majority of states, not just in terms of prison sentencing, but post-sentencing requirements. Not only does the social stigma of being a sex offender follow one around, but the practical issues also associated with such a status can be prohibitive.

For example, in many states, registered sex offenders may not reside within certain geographic areas close to schools or businesses which cater to children, such as daycare centers – this can impact the offender’s ability to find housing at all. Some employers refuse to hire those with sex crime convictions.

If one finds themselves accused of a sex crime they did not commit, the most important suggestion as to conduct is to demand a Utah sex crimes lawyer before saying anything. Sex crime cases are always significant, and it is more likely that a law enforcement official will try to obtain a confession than in other varieties of alleged criminal conduct. A person must be informed of the charges against them, but they may not be informed of small details, and as such, any improvised statement could prove damaging to their statements of innocence. The best chance one has is to remain silent and attempt to prove one’s innocence at trial, with a competent criminal defense lawyer leading the way.

Being unjustly accused of any crime can be utterly terrifying. However, an experienced criminal defense attorney may be able to assuage some of the understandable fear one might feel. Pacific Legal Group stands ready to work with you to ensure the most appropriate possible outcome. Contact our office today to set up an initial consultation with a Utah sex crimes lawyer.

A sex crimes lawyer Utah clients recommend knows that all criminal charges need to be taken seriously, however, offenses classified as sex crimes can be especially dire. A conviction of a sexual offense, such as child pornography possession or sexual assault, not only can impact your freedom, but the stigma of being a convicted sex offender will stay with you the rest of your life since many of these crimes carry a mandatory requirement of being listed on the sex offender registry for life. Anyone charged with a sexual offense should contact a skilled lawyer who has extensive experience in defending against sex crimes from the Pacific Legal Group immediately.

While these charges are serious ones, it does not automatically mean you will be convicted. A skilled sex crimes lawyer will investigate your case and look for challenges to the prosecutor’s case. The following are some of the most common ways this can be accomplished.

If the prosecutor does not have sufficient evidence, it will be difficult to make their case to the jury “beyond a reasonable doubt.” With this in mind, your Utah sex crimes lawyer knows that you have constitutional rights that law enforcement must adhere to. One of these rights falls under the Fourth Amendment – the right to be free from unreasonable search and seizure. This means that if police collected evidence without obtaining the proper warrants or failed to follow other legal requirements to collect evidence, your lawyer can request the court throw out that evidence. In many cases, if key evidence is suppressed by the judge, the charges end up getting dismissed because of insufficient evidence.

In addition to the proper collection of evidence, there are other requirements the police must follow when investigating a case. One common tactic used by police in certain sex crime arrests is to entrap the defendant. Entrapment means that if it were not for the police act of providing the “avenue” for the defendant to break the law, the defendant would never have committed the act.

In many sex crimes cases, the prosecution hinges much of their case on witness testimony. However, not every witness is a credible one or they may have an ulterior motive. They may lie because they think they are helping out a friend or family member or they may lie in order to get revenge for some perceived grievance they have against the defendant.

Whatever the situation, a skilled sex crimes lawyer can poke holes in a witness’s testimony, revealing weakness, doubts, or outright lies. Exposing those lies often creates enough doubt for the jury when it comes to deliberating the defendant’s guilt.

If you have been arrested and charged with a sexual offense, do not delay in calling the Pacific Legal Group immediately. The quicker your Utah sex crimes lawyer can begin building a defense against these charges, the better your chances are for a positive outcome. Call our office today to schedule a free and confidential consultation.