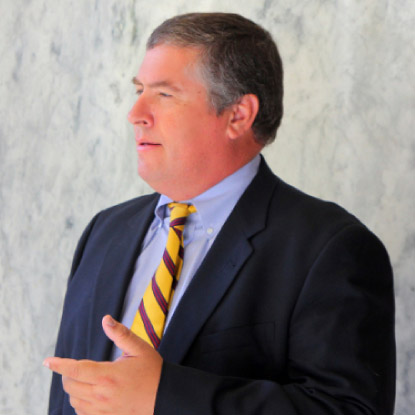 Rob vigorously defends his clients and believes strongly in the presumption of innocence set forth by the United States Supreme Court in Coffin v. United States, 156 U.S. 432 (1895). Under this principle, every person accused of a crime is presumed to be innocent unless and until his or her guilt is established beyond a reasonable doubt. A summary of your rights as a person accused of a crime can be found here[1].

While the vast majority of criminal cases are resolved in a plea bargain, Rob would prefer to try a case before a jury than attempt to convince his client to accept a bad plea bargain.

Rob is a graduate of the J. Reuben Clark law school at Brigham Young University. Prior to attending law school, Rob graduated from the Marriott School of Business (1980) and subsequently studied graduate-level economics at the California State University, Los Angeles.

Rob is a founding partner of the Pacific Legal Group. He has served as an adjunct professor at the J. Reuben Clark Law School, is a member of the American Inns of Court, and also serves within the Provo-Orem community as a Board Member of the Utah Valley Symphony. Rob is married and has four children and three grandchildren.

If you would like to speak with Rob about your legal needs, please call him at (801) 788-4122, email him at rob@abflegal.com, or press the button at right to schedule a 15-minute initial consultation free of charge.

[1] Include link to “Rights of the Accused”