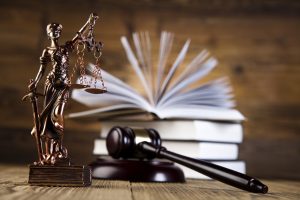 If you’re facing a misdemeanor, you might feel a little panicked about what the legal system has in store for you – so don’t hesitate to get in touch with a misdemeanor lawyer in Provo, Utah. You might be familiar with them, and you may be aware of the possible punishments for a misdemeanor, but whatever your case, it pays to know the ins and outs of misdemeanors in Utah, and what to expect by having a qualified misdemeanor lawyer on your side.

Misdemeanors in Utah: At a Glance

Misdemeanors in Utah vary by severity. They are typically punishable by up to 364 days in jail, as well as fines up to $2500. Misdemeanors are broken up into different categories, ranging from relatively severe to relatively moderate. Repeat offenses may bump your case into a higher class, which may result in more severe punishments.

The Impact of a Misdemeanor

A misdemeanor can seriously affect your life, no matter what class and no matter the reason for your charges. The punishments are challenging enough to overcome, but there are other difficulties that may arise from being charged with a misdemeanor: You may find it more difficult to find work, and you might have a harder time finding a place to live. Fortunately, a misdemeanor lawyer in Provo, UT, can help you fight back against your misdemeanor.

A misdemeanor lawyer can provide all the information you need about your case, and can also provide pointers on how best to proceed with your misdemeanor. Unlike a public defender, a misdemeanor lawyer is more dedicated to helping you get your charges dropped or lessened, and at the Pacific Legal Group, we live up to that commitment.

Don’t hesitate to fight back against your charges – reach out to a qualified misdemeanor lawyer in Provo, UT, and get in touch with the Pacific Legal Group today.